Make A Wish Foundation Partners With Twice As Good

Make A Wish Foundation Partners With Twice As Good

Alicia Diaz, an eight-year-old from Miami, Florida suffering from Hypoplastic Right Heart Syndrome, cooked on air with Hadley and Delaney Robertson from the Twice As Good Show Friday, June 28, 2014. Alicia, scheduled to have her fourth heart surgery August 11, 2014 at Boston Children’s Hospital, is one of the bravest eight year olds one could ever hope to meet.  Make-A-Wish Southern Florida, which will grant Alicia’s wish, teamed up with the Twice As Good Show and Hadley and Delaney to provide Alicia with this incredible experience.

Alicia and her family were picked up by a limousine early in the morning.  Alicia was taken to have her hair styled, makeup prepared, and nails painted before she put on her Twice As Good show apron, met Hadley and Delaney, and baked up on camera Alicia’s Perfect Cake (an iodine-free, chocolate frosted vanilla cake with rainbow sprinkles).  The episode filmed on Friday featuring Alicia will air on PBS/public television stations across the country in 2015 as part of Twice As Good Show’s third season. 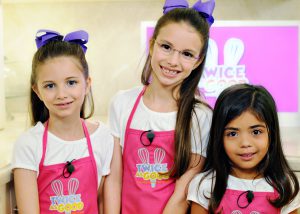 Celebrating 30 years of wishes, Make-A-Wish Southern Florida grants the wishes of children with life-threatening medical conditions to enrich the human experience with hope, strength and joy. The Southern Florida chapter grants a wish every 16 hours and has granted more than 9,000 wishes since its inception in 1983. With the average cost of a wish being $5,000, Make-A-Wish relies on fundraisers, corporate support and donations from the public to bring sunshine into the lives of families when they need it most. To help share the power of a wish®, call Make-A-Wish at 954-967-WISH or log on to www.sfla.wish.org.

Twice As Good is a cooking show featuring Hadley and Delaney which encourages nutritious cooking and healthy eating.  The show debuted in 2012 with the first season airing on various PBS/public television stations across the country.  Twice As Good’s second season is airing on PBS/public television stations in 2014.  The third season, including the episode Alicia will star in, will air in 2015.  For more information about the Twice As Good show, please visit www.TwiceAsGoodShow.com.

Twice As Good Cookbook For Kids!

Put on your apron and roll up your sleeves, purchase a cookbook, and cook with Hadley and Delaney! Sales from the Twice As Good cookbook benefit the charitable organizations supported by the Twice As Good Foundation. 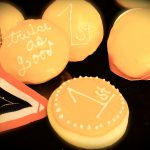 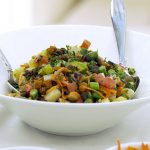 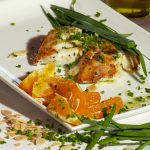 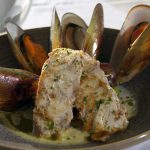